The FAA and NTSB have identified five “hazardous attitudes” that crop up repeatedly in accident reports.

This isn’t news to anyone who has taken any aviation training at some point in the last few decades. These five hazardous attitudes and their “antidotes” are drilled into the brains of pilots.

Unfortunately, teaching these attitudes in a classroom can sometimes come off as a little cheesy.

All too often, they are committed to rote memory in the name of acing the test.

Maybe you’ll get a question or two during the oral exam, but few flight instructors incorporate these concepts into their flight training scenarios.

To make matters worse, the attitudes have themselves become almost a self-perpetuating prophecy. If an instructor casually brushes them off as trivial or inadvertently rolls their eyes when they hear them and their cheesy antidotes, instructors perpetuate a new hazardous attitude.

Is it invulnerability? Resignation? Machoism?

Whatever the case may be, the hazardous attitudes are serious business. Nothing gets closer to the heart of why airplane crashes happen.

The FAA and instructors need to do a better job of packaging them for student consumption. One positive step that any pilot can take is to dedicate a moment to honest and deep self-reflection. Ask yourself, how do these attitudes apply to me?

If flight instructors take them seriously, so will their students.

In the textbooks, invulnerability is taught as the “It won’t happen to me” mentality. To fix it, you’re supposed to say, “It could happen to me.”

Pilots and aviation enthusiasts often pour over accident reports with morbid interest. It’s a great way to learn—one of our strengths as a species is our ability to learn from the mistakes made by others before us.

But sometimes, you will hear a pilot utter, “How could they be so stupid” or even a more cocksure, “I would never make that mistake.” More careful pilots may not say it aloud but think it anyway. 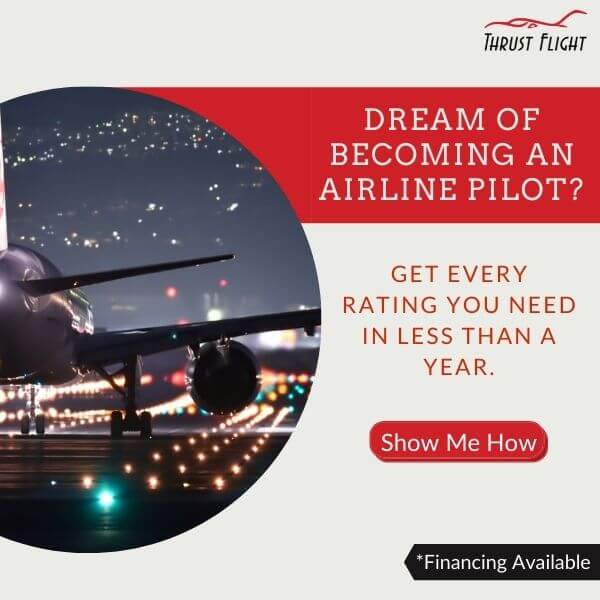 You see, we associate invulnerability with youth and inexperience. But there are actually two sorts of invulnerability at play. One comes from being new at something and not fathoming all of the risks. The other comes from simply disregarding that accidents can happen to anyone, including you.

When was the last time you heard a pilot announce, “Hey, watch this!” Those are the famous last words of a macho pilot.

While machoism is often associated with men, women are just as vulnerable to the desire to prove themselves.

Do you know a pilot that calls themself the “Best Pilot in Texas” or the “Best Pilot in South Florida?” Every area has one—the guy or gal who self-announces these thoughts to their friends and colleagues. With luck, when their humble pie is served, it will only be a scare and not something much worse.

The problem with lucky humble pie is that a macho pilot might actually enjoy the taste, since they’ve once again proven that they can do it. How many slices of humble pie does one pilot get to enjoy in their lifetime before the bill comes?

Many pilots are competitive by nature.

Just being a pilot proves something to the world—only about 0.002 percent of the US population holds an FAA pilot certificate. If you ever doubt it, a pilot will probably come along and point it out to you. In other words, a little bit of machoism comes with the territory.

Impulsive pilots are one of the easiest pilots to identify. Some analyze a problem to death, and some want to get on with it and do something. Neither is good.

If you had to distill down the skills a pilot must possess, resource management is one of the biggest.

While juggling the aviating, navigating, and communicating, a pilot is asked to make choices, maintain situational awareness, and constantly be aware of all of the information being made available to them. It’s very easy to become overloaded and very difficult for students to understand where their attention should lie.

The impulsive pilots miss a few steps along the way.

In some ways, it’s the lazy student’s best option—pick something at random because knowing it all is too much work. For some, it’s a character trait that carries over into other aspects of their lives. For others, it’s a narrow problem that stems from confusion over the massive amount of information new pilots must take in.

A pilot who is resigned to a fate gives up trying.

Instructors see it in new students when it comes time to flare for touchdown. Some students lock up and let whatever’s going to happen happen. It’s not often the best course of action. Pilots need to understand that their actions have direct and immediate consequences sometimes and more long-term consequences at other times.

There are other times that resignation shows its head.

Some students reach a point where they do not believe they can do any more studying for the written exam. In some cases, they are correct, and they are well prepared. In other cases, no one has ever really shown them how to study for a test before.

Some pilots disregard the importance of the pre-flight inspection, believing (perhaps with a bit of machoism) that they can handle anything that comes up in flight.

A resigned pilot might notice something different, like a noise, an oil drip, or an odd smell during flight, but they figure it will be fine until they land.

Pilots must be proactive about the safety of their crew, passengers, and plane. Unfortunately, a resigned pilot does not believe their actions matter anymore.

The rules were made for a reason. It has even been said that the Federal Aviation Regulations are written in blood. Historically, regulations usually cropped up after a deadly accident, not before.

There are certainly people who will not be told what they can and cannot do.

For new flight instructors, this presents a tough teaching challenge. When teaching the regulations, a particular emphasis must be made on the why. Why is this regulation written this way, and why does it exist at all?

A good example is the rule about VFR weather minimums.

If you put yourself in the seat of the VFR student pilot, nothing could seem more arbitrary. No less than 500 feet below the clouds, 1,000 feet above them, or 2,000 horizontally away from them? Is the FAA flying around with a tape measure? Is this seriously an important rule to know, and once I know it, is it essential to abide by it?

Any pilot who has been flying on a legal IFR flight plan, popping in and out of thick clouds when they get a VFR traffic alert from ATC will quickly tell you—yes, it’s mighty important.

A VFR student hasn’t figured out how planes are separated in the IFR world. They don’t understand that if they’re sitting right outside a cloud, a Learjet could pop out of that cloud doing 250 knots.

This is just one example, but there are plenty more. Ask yourself, as you look back on your early days of flying and the hours you spent laboring over the FAR/AIM, how many times did you ask yourself, “Geez, why do they need that rule?”

One of the biggest issues with how we teach these hazardous attitudes is the idea that these are attitudes exhibited only by the accident pilots we read about in reports.

Each pilot needs to take a long hard look in the mirror and ask themselves how and when each of these hazardous attitudes apply to us. Unfortunately, our egos usually keep us from doing this, especially in front of our peers.

But only once we realize that accident pilots are more like us than they are unlike us will we begin to learn from their mistakes.