Get your pilot’s license with Thrust Flight in Denison, TX. Whether you’re looking for private pilot, accelerated multi-engine training, or our Zero Time to Airline program we have a flight training option to meet your needs.

If you’re interested in becoming a pilot reach out to us today to see when you can get started.

Get your Private Pilot License in as little as 3 weeks with our accelerated PPL program.

If you’re ready to add an Instrument Rating we can help you get it done in just a few weeks as well.

Earn your multi-engine rating in just 3-4 days at North Texas Regional Airport. Enjoy the benefits of a less busy, towered airport, like more time in the air and less time taxiing.

Want to become an airline pilot? Our Zero Time to Airline program is for you.

In just 9 months you could have your private pilot license, instrument rating, commercial certificate, CFI, CFII, and multi-engine rating.

Speed up your training in our FRASCA simulator! We have both the Cessna 172 and Piper Seminole for our students to use which are the same planes you’ll do your training in.

Benefits of Flying at GYI

We currently offer financing for our Zero Time to Airline program. Ask our flight training director about financing your training.

If you’re ready to get your multi-engine rating, come visit us at North Texas Regional Airport. With our accelerated multi-engine training you’ll be able to get all the training you need and take your checkride in just 3-4 days.

If you’re participating in one of our accelerated programs we’ve partnered with multiple hotels in the area to offer our students discounted rates for the duration of your training.

If you’re participating in our Zero Time to Airline program you’ll be able to stay in our long-term housing near the airport.

We have Sportcruisers, Cessna 172’s and Piper Seminoles available at our Denison location for your training.

We offer a range of flight training programs at our Denison location including our Zero Time to Airline program, private, instrument, and commercial training, and our leading accelerated multi-engine program.

Hear From Our Students

Thrust Flight truly delivers what they advertise. Paid for accelerated multi training and after 3 long and productive days I was done. Highly professional and knowledgeable team here. They took care of all the scheduling with the DPE so all I had to do was show up. 10/10 would train here again.

William MoretAccelerated Multi-Engine Student
Thrust Flight’s accelerated multiengine course was by far the best training in aviation I have received. The MEI was top-notch, their staff handled every issue without leaving any of the burden on the students, their aircraft was pristine, and their DPE was phenomenal. To show up with zero experience in multiengine aircraft, and pass a checkride three days later sounds unrealistic. With Thrust Flight, it is a reality.

Spencer JayeAccelerated Multi-Engine Student
The ZTA program at Thrust is the way to go if you are serious about becoming a pilot. All of their planes are clean and well-maintained, and the sportcruiser is fun to fly. I love that they have an in-person, classroom-style ground school. It makes a huge difference when it comes to grasping the material. 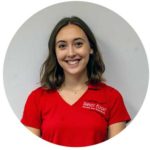 April PrivettZero Time to Airline
I’ve had a fantastic experience thus far. The instruction is high quality and the living arrangements are great! I was met with a very friendly and welcoming atmosphere. Bryan makes sure that the schedule is taken care of and if we (students) need anything, he will help us take care of it. Kaitlyn has helped me with the dispatching operations. Our chief instructors work with us to get our checkrides scheduled in a timely manner.
We had a media day for the CFI Academy graduates and Leslie made it a really fun experience. We got some candid B-roll and great video content. It was such a fun experience.
Subscribe to the YouTube channel!
I highly recommend Thrust Flight for flight training. 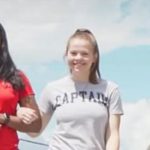 Rachel PrinsCFI Academy
Thrust Flight has been an amazing experience so far. Bryan is always so helpful and the planes are some of the nicest I’ve flown. Coming from a smaller flight school where it wasn’t unusual to wait on a plane to get back from maintenance for up to a month. Rarely have I had to cancel a flight here at Thrust Flight due to maintenance. I have had some of the best instructors here as well! Gabe is the best! 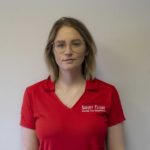